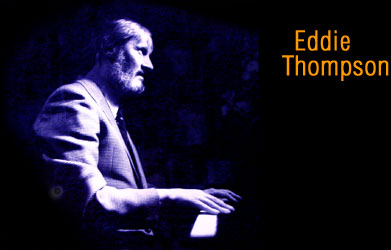 Eddie Thompson was born in Shoreditch, London on May 31, 1925. Blind from birth he first attended Linden Lodge School for the Blind, Wandsworth (as did George Shearing) and then, during the war, at Dorton House, Seal, Sevenoaks. He had been introduced to jazz through listening to the family radio and was awestruck by such greats as Fats Waller, Earl Hines, and especially Art Tatum.

His strong personality and love of jazz eventually led to a curtailment of his formal education and by 1947 he was part of the London jazz scene and playing in the company of Vic Ash, Tony Crombie, Ronnie Scott, and Carlo Krahmer. He was able to supplement his jazz income, always precarious, with a career as a piano tuner. One of his first recordings was made in February 1948 with the Johnny Dankworth quartet which had teenage Vic Feldman on drums.

Throughout the fifties he consolidated his reputation playing with top London musicians and was at home playing mainstream or bop. In 1962 he decided to try New York as he felt he needed that challenge that only New York, then as now, can give jazz musicians. He secured a residency at the Hickory House between 1963-67 and made many musical friendships including Duke Ellington, Erroll Garner, and Thelonious Monk. In spite of a growing reputation in New York he returned to London in 1972 where he was soon in demand and formed his own trio. There were regular BBC Jazz Club gigs, he recorded for the German BASF label and Doug Dobell's 77 label, and as visiting American soloists proliferated he became one of the first call accompanists.

Eddie's strength other than his prodigious technique was that he knew literally hundreds of tunes with a preference for Gershwin. He also had the ability, when he felt it necessary, to drop into the style of his heroes Garner, Peterson, and Nat Cole. In the late seventies and early eighties he made a series of recordings for HEP as soloist and as equal musical partner along with Roy Williams and tenor saxist Spike Robinson. These are generally regarded as his finest work.

Although blind he fearlessly travelled to evening work in London clubs by the Underground, and also to clubs throughout the UK often accompanied by his faithful guide dog, Maida. Sadly, due to a lifelong smoking habit, he developed emphysema which contributed to his early death on November 6, 1986. Paradoxically, in the late eighties his playing enjoyed a sudden popularity in Japan. Such an irony would have caused him to smile.

Eddie Thompson on piano with Len Skeat on bass and Martin Drew on drums from 1978.

Surrey With The Fringe On Top / Cool Blues / Ain't She Sweet / You Are My Sunshine / Easy Does It / One Morning In May / Nancy (With The Laughing Face) / There Is No Greater Love / Just Friends / I've Got The World On A String / Wave / Why Don't You Do Right / When Lights Are Low.


"There Is No Greater Love"

"When Lights are Low"

"When Lights are Low"

The Lamp Is Low / Keepin' Out Of Mischief Now / Never Say Yes / When Lights Are Low / Don't Stop The Carnival / I've Got The World On A String / Mister Bojangles / Fred / It Never Entered My Mind.


"Keepin' Out Of Mischief Now"

Roy Williams on trombone with Eddie Thompson on piano/synth, Len Skeat on bass and Jim Hall on drums from 1981.

Eddie Thompson on piano with Len Skeat on bass and Jim Hall on drums from 1983.

Currently only available on MP3.

S'Wonderful / Flamingo / Emily / I'm Gettin' Sentimental Over You / I Should Care / Ow / Everything Happens To Me / Please Don't Talk About Me When I'm Gone.

The Breeze and I / Pennies from Heaven / Drop Me Off in Harlem / I Want to Be Happy / Shadow of Your Smile / Autumn Leaves / C Jam Blues / I Got Lost in His Arms.

"Eddie Thompson in the USA" 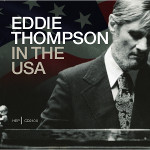 "Eddie Thompson in the USA"

Eddie Thompson, one of the UKs finest jazz pianists, had a ten year stop over in New York before returning to the UK in 1972. He made some tracks in 1962 for a now defunct New York label with his trio. He also visited the west coast in 1975 and was recorded in concert as a soloist. This new CD combining these dates reminds us what a wonderful improvisor and artiste he was.

Cherry / How Are Things In Glocca Morra / Shepherds Pie Time / Mood For Teachers / Guess I'll Have To Hang My Tears Out To Dry / Baby Mine / Home Brew / Bread For Ed / Chili Con Carne / State Occasion / All Too Soon / Dancing On The Ceiling / Laura / St. Louis Blues / Liza.


Eddie Thompson - "All Too Soon" 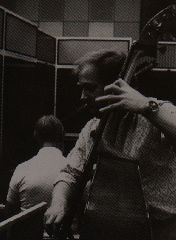 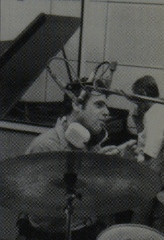 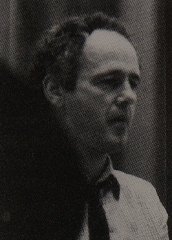